Full Name
Roberta Diaz Brinton, Ph.D.
Title
Director of the UA Center for Innovation in Brain Science at the University of Arizona Health Sciences
Speaker Bio
Dr. Roberta Diaz Brinton leads the Center for Innovation in Brain Science at the University of Arizona and is an internationally recognized expert on women and their risk of Alzheimer’s disease. Her scientific discoveries have led to the development of innovative therapeutics to prevent, delay and treat Alzheimer’s disease. Brinton is developing the first regenerative therapeutic to regenerate the degenerated brain.
Brinton earned her Ph.D. as an NIH Predoctoral Fellow at the University of Arizona and went on to Rockefeller University as an NIH Postdoctoral Fellow. She joined the University of Southern California where she was a Professor of Pharmacology, Biomedical Engineering and Neurology. Brinton returned to her alma mater where she is a Regents Professor of Pharmacology, Neuroscience and Neurology at the University of Arizona College of Medicine – Tucson.
Brinton serves on the Women Alzheimer’s Movement Board of Scientific Advisors, the National Institutes of Health Director’s Advisory Committee, the National Institute on Aging Board of Scientific Counselors and the Alzheimer’s Drug Discovery Foundation (ADDF) Board of Governors.
Her honors include the ADDF Scientist of the Year, the Melvin R. Goodes Prize for Excellence in Alzheimer’s Drug Discovery and the 2010 U.S. Presidential Citizens Medal, the highest civilian honor for her work in improving science and technology education for students.
Speaking At
You & Your Brain: A Conversation About Menopause 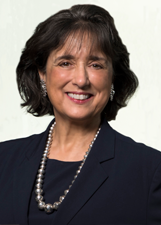